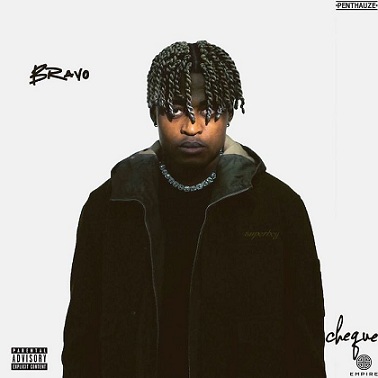 
Here comes this exciting record "Dangerous" written and recorded by Nigerian music maker, Cheque, starring Mavin Record songbird, Ayra Starr, whose flavour was overwhelming her verse part. This dope record is one of the hit track, which makes up Cheque, iconic album "Bravo".
You will find "Dangerous", as the second record of the album, and it was produced by Nigerian intelligent sound engineer and music producer, Rhyme Bamz, on this solid instrument.

Who will say he doesn't know Cheque and Ayra Starr, these two music maestros, are among the Nigerian raves of the moment, disturbing the Nigerian Music Industry. Any track one of them touches is a hit, talk more of having the two in the same studio. Cheque and Ayra Starr created a vigorous sound on this record, sure to serenades your minds and earbuds.
The record "Dangerous", is one of the most-favoured records on this album "Bravo", by Cheque.

Listen to Cheque Dangerous Mp3 below!

Share Cheque - Dangerous ft Ayra Starr Mp3 with others on;