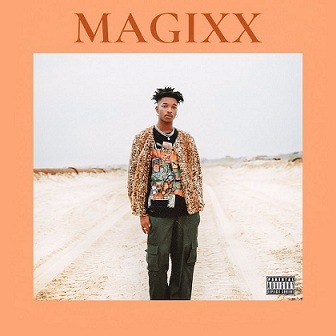 
One of the Nigerian rising stars, Magixx, unleashes this single record called "Pati" as one of his 2021 songs, which is a potential hit jam, highly anticipated... The record, Pati, comes from his self-named extended play, which houses five impressive records, well written and recorded.
On this number, Magixx, taps the availability of London, for the production of this beautiful record, which will be generally accepted by his growing fanbase and the music community.

Magixx, uses the extended play, to make a major impact in the music scene, showing his God-given talent. The project was released under the management of Mavin Records Entertainment. Pati, is a great and awesome piece of music, you will want to add to your playlist and play endlessly.
Listen up and enjoy this impressive record "Pati" from Mavin Records newly signed act, Magixx.

Listen to Magixx Pati Mp3 below!