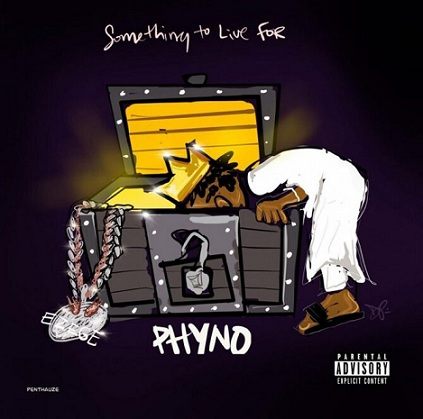 Album Name: Something To Live For Album


Ever blazing Nigerian Hip Hop sensational musician Phyno comes through with this sizzling remedy named, Ain't Nobody, as he recruits, Anjulie, a Canadian female singer and songwriter. This masterpiece record is coming straight to you from his album, Something To Live For.

On this number, Anjulie, took the chrous giving it a special touch, while, Phyno walked in delivering some vital punchlines and marvellous verses. The record was produced by brilliant Nigerian music producer, Eli, with his magical fingers. Released through Penthuaze Records.

On the above-mentioned album. Ain't Nobody, was outlined as the fifteen records of the album. Phynofino has been in the game for over a decade now, consistent and gives out good quality records. Enjoy this Nigeria-Canada banger, Ain't Nobody, performed by Phyno and Anjulie.

Listen to Phyno Ain't Nobody Mp3 below!

Share Phyno - Ain't Nobody ft Anjulie Mp3 with others on;

Phyno - All The Smoke