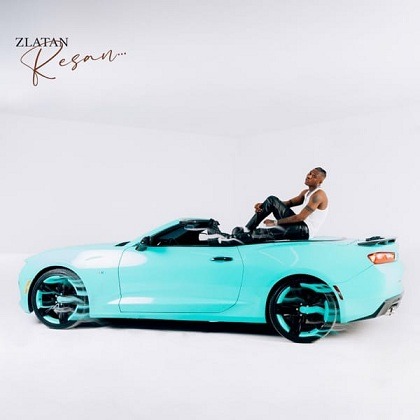 
Multiple Award-winning Nigerian rapper and music singer, Zlatan comes through with this thrilling harmony captioned, Shakur, as he hires studio appreance from British female rapper, MS Banks, who added some bars to the instrumental, which was discharged in this year 2021.

Zlatan displays his versatile capabities on this number, giving his fans another taste of his uniqueness that has kept him on the map, for a while now. He really created wonders with MS Banks on this record, which you can't get tired of listening to.

Shakur, comes from Zlatan dazzling studio body of work named, Resan, standing as the album's fourth record. Its production was handled by ever blazing Nigerian music producer, Willi. If you really know these artists well, Zlatan and MS Banks, you won't delay listening to this jam.

Listen to Zlatan Shakur Mp3 below!

Share Zlatan - Shakur ft MS Banks Mp3 with others on;